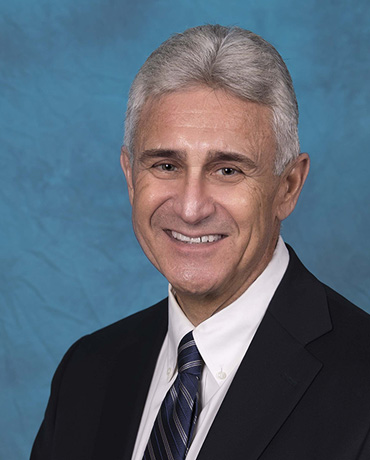 Bob Colucci, Past President, Independent Distribution Division and past Chairman of the Essilor Vision Foundation, Essilor of America, Inc.. He joined the Regener-Eyes team as of July 2019, as the VP of Sales and Business Development and assumed the COO role as of July 1st, 2020.

Bob Colucci began his career with Essilor in 1989 as Director of Sales for Varilux Corporation. He was promoted to Vice President of Sales in early 1991 and had an active role over the years in the rapid growth of the Varilux product line. In 1996, Essilor Lenses reorganized into distinct business units focusing on unique customer segments, wherein, Colucci was appointed Senior Vice President, General Manager of the Wholesale Group, Essilor Lenses (a division of Essilor of America). In 1997, he was elected by the U.S. employees to serve on the Board of Directors of Valoptec Association, the association that represents the Essilor employee shareholders, a position he held through April 2006.

In 1999, the Essilor International shareholders elected Mr. Colucci as a member of the Essilor Board of Directors which he served until March of 2004. Also in 1999 (August 1), he assumed the position of Senior Vice President, Sales and Marketing for Essilor Laboratories of America (ELOA).

In October of 2004, Mr. Colucci was named President of the then newly formed Independent Distribution Division, retiring in December 2017. He has served on several Board of Directors including The Vision Council Board where he was the past the Chair of the Lens Division and was a member of the Program and Financial Committees. In January 2012, he was elected as the Chairman of the Essilor Vision Foundation Board of Directors, which he served until December 2019  He currently serves on the board of The International Federation for the Blind (IFB) and is the head of their finance committee.

Prior to his tenure at Essilor, Mr. Colucci worked at Cooper Vision for 12 years starting as a Sales Rep and holding positions which included District Sales Manager, National Sales Training Manager, Regional Sales Manager and Director, Sales Operations. He has a BA degree from Mount Union University and an MBA from St. Mary’s College.

Bob has been married to his wife Pam for 47 years. They have one son, Joe who is married to his wife Deirdre; they live in Tampa with their two children; Sierra and Mathew. Bob credits much of his success to the support he has had over the years from his family.